April 30, 1956: Adoption of the Supplementary Convention on the Abolition of Slavery, the Slave Trade, and Institutions and Practices Similar to Slavery 1956 April 30, 1957: Entry into force of the Convention

A “polite name for slavery”

“They call it bonded labour, but that’s just a polite term for slavery. And India has 8 million people working in abysmal conditions, for almost no pay despite a ban on the practice.” Source “Does India have 8 million slaves?” The Times of India, April 22, 2022.

Women trafficked from Liberia to Oman for slavery

FOCUS ON CHILD LABOR. Jade picking is hazardous work. Many children  work in the jade mines of Burma or Mynamar. Full story to follow.

April 20, 2022.  China’s legislature has ratified two forced labor conventions., The International Labour Organization (ILO) has welcomed the decision by the National People’s Congress of the People’s Republic of China to approve the ratification of the Forced Labour Convention, 1930 (No. 29)  and the Abolition of Forced Labour Convention, 1957 (No. 105) . The National People’s Congress is […]

April 20, 2022. Two men were sentenced to 14 years for trafficking. s a result of an investigation by the Society’s program partners, the Bachpan Bachao Andolan, 33 children were rescued in the State of Jaipur in India. The children were slaves in a bangle manufacuring factory where they worked each day from 8 am […]

April 16, 1995 Murder of Iqbal Masih, a former slave carpet weaver since the age of 5. He was a child activist after he escaped from slavery. He was the winner of the Reebok Prize. 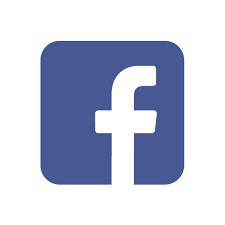