April 16, 1995 Murder of Iqbal Masih, a former slave carpet weaver since the age of 5. He was a child activist after he escaped from slavery. He was the winner of the Reebok Prize.

“One in every 150 people are trapped in modern slavery,” ILO

September 14, 2022 Three girls and 24 boys, some as young as 10 years, have been rescued in raids on sweatshops in the Wazipur industrial area of New Delhi in India. They were working in shirt dye factories and in sweatshops making car filters, steel polishing and making plastic pipes. They worked more than 12 […]

Convention on Abolition of Slavery 1956

September 7, 1956:  Supplementary Convention on the Abolition of Slavery, the Slave Trade, and Institutions and Practices Similar to Slavery 1956 done at the Palais des Nations in Geneva

August 23, 2022 Children have been rescued from a bus on the Faizabad highway travelling to New Delhi. The 11 children, four of whom were from Nepal, were being trafficked into slavery. Six slave traders were arrested. bus n

Abolition of slavery throughout British Empire

August 28, 1833:  Abolition Act 1833 abolishing slavery throughout the British Empire receives the Royal Assent. The common law of England did not recognize anyone as a slave (although in Scotland, which does not have the common law, bondage still existed until the late eighteenth century, when it was abolished by legislation).  Slavery, however, existed in a […]

August 23: International Day for the Remembrance of the Slave Trade and Its Abolition 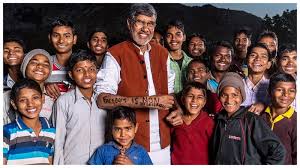 On 14 August 2022,  Kailash Satyarthi, the joint recipient of the Nobel Peace Prize in 2014, was interviewed by Umamaheswara Rao of The Times of India about the trafficking of children. Kailash explained that this was caused by an increase in demand for online child exploitation material on the internet. “This has gone up manifold […]